What is Payback?
In short, Payback tells us when we get our money back from our original spend. It is part of the family of Return On Investment (ROI) measures which also includes Net Present Value (the profit in today’s terms) and Internal Rate of Return (the annual % rate of profitability of an investment decision). It is a comparison of the initial outlay of monies, to buy equipment or services, against the time taken for the savings to cover that initial outlay. The payback period is a time measure and is usually quoted in months or years. 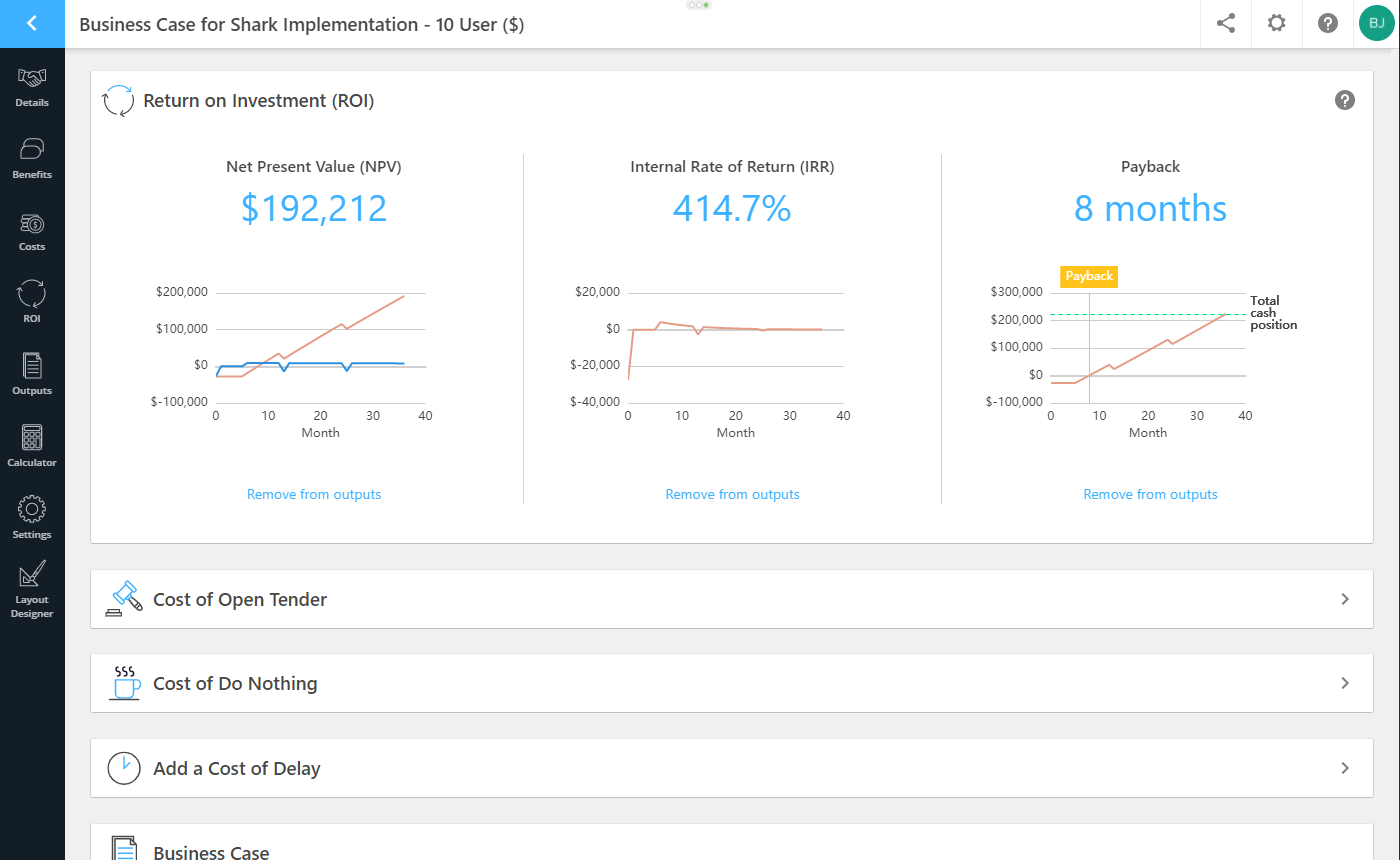 Payback indicates when an investor will...

...get their money back and they often focus on Payback because it is easy to understand. After all, getting your money back is an important consideration! However, it can be a problem if Payback is too long; long Paybacks raise doubts in the customer’s mind that investment in the solution is a good idea.

Complex solutions or projects often have benefits which cannot be counted for some time and any pre-conceived expectations of achieving a quick Payback period may be unrealistic. Consequently, it is unwise to rely only on Payback when creating a business case; the NPV and IRR values should be used to emphasise the value and rate of return, both of which may still exceed expectations.

To demonstrate how the Payback is easy to understand take the following example: 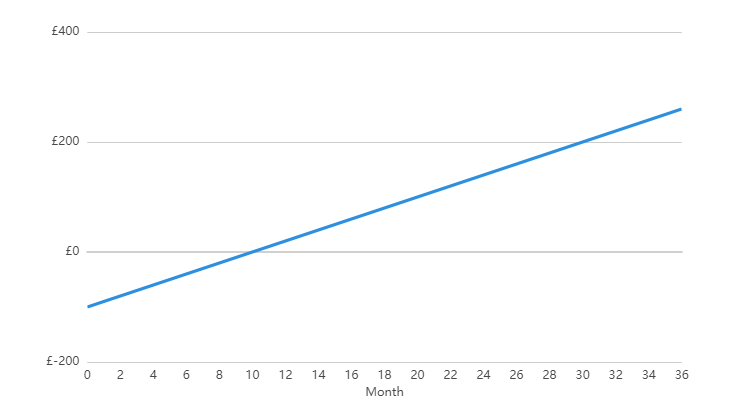 Fig. 1 Simple Payback Example 1
To demonstrate how Payback is dependent on the timing of the benefits, imagine an example similar to the one above where the investment is still $100 but the total benefits are received in a single lump sum instead of $10 per month:
Example 2
‍Spend $100 today, receive $120 lump sum after 12 months.

Payback is now 12 months not 10 months 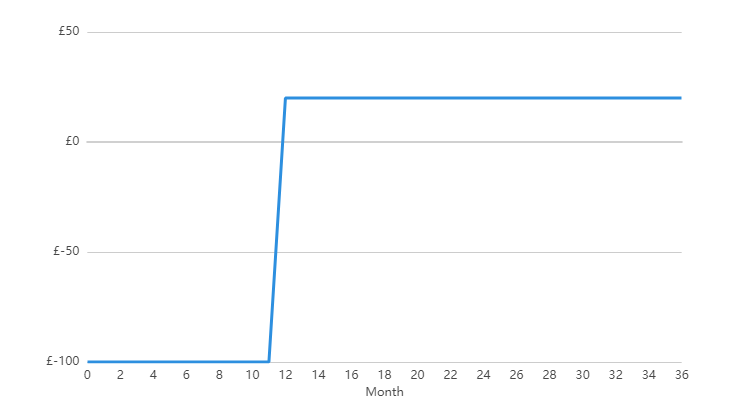 Fig. 2 Simple Payback Example 2
Notice that the Payback period calculation does not include any complicated mathematical operations. It is based on the cash values of the costs and benefits and does not take into account the time value of money, unlike NPV and IRR which, without Shark, are almost impossible to arrive at a correct answer with simple mathematics. 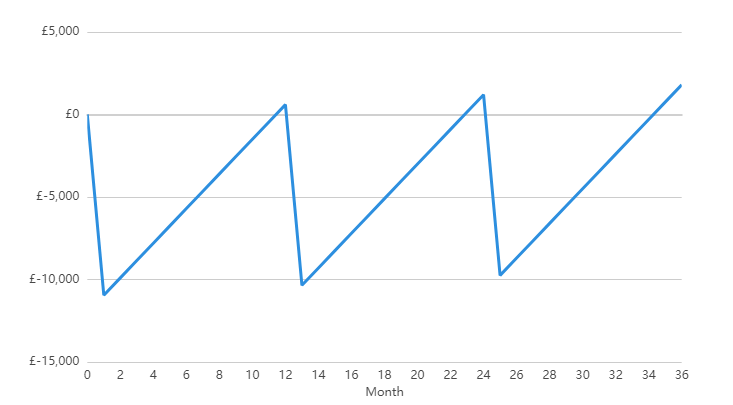 In practical terms this means that you must always take into account the timing of the costs and benefits and, when interpreting the result, always take the worst-case result so that there is minimal danger of embarrassment!

The Strengths and Weaknesses of Payback

On the surface Payback is easy to understand and non-threatening, which is its great strength but, as we have seen, the uninitiated will have pre-conceived Payback ideas which can cause problems when evaluating a complex business project.

In addition, the Payback result gives no clue as to what will happen after that point in time. Investments often have more value stretching into the future so by quoting the Payback we might be missing the opportunity to express that to a potential investor. When in doubt, always use NPV and/or IRR to support any Payback number and choose your appraisal period wisely!

In Shark every single benefit calculator (same for the costs) creates its own individual monthly cashflow. As we have highlighted above, this timing information is important when gaining customer sponsorship because a delayed benefit is easier to support than one which is claimed to start immediately. 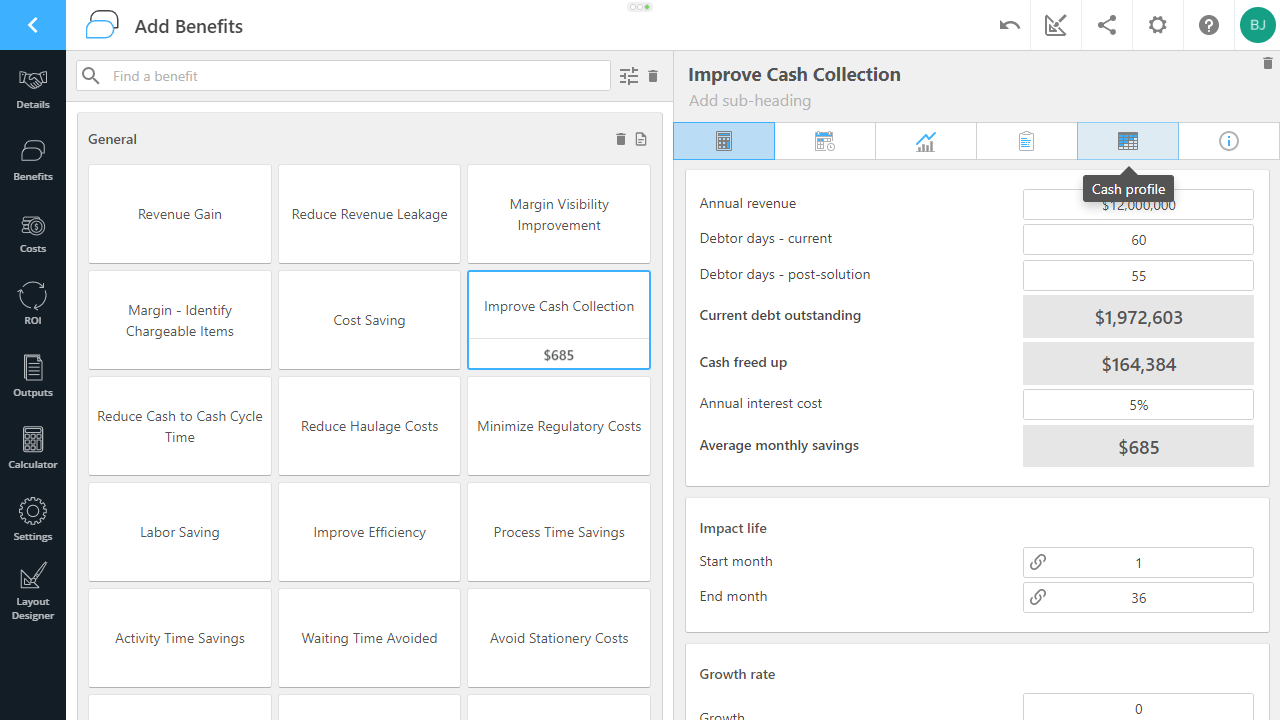 You can see an individual benefit calculator cashflow by clicking on the icon highlighted. 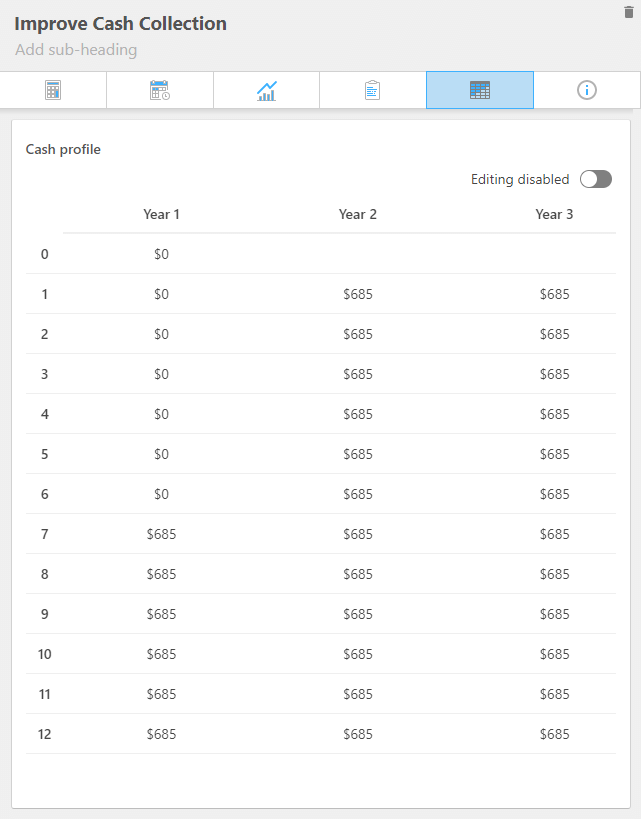 Correct Payback calculation depends on the accurate management of the timing of the costs and benefits. The only way to ensure client sponsorship for the business case is to value costs and benefits in the months they occur – this is handled transparently and seamlessly in Shark.

At Shark Finesse we have developed an enterprise-grade cloud application to help businesses standardise and simplify their value engagements across the entire customer journey.

Shark, a business value engagement platform used by 1000’s of customer-facing teams globally (e.g. pre-sales, sales, value teams, and customer success) is easy to use, intuitive and usable directly with the customer to negotiate the likely business returns from investing in a solution.

By adopting the Shark approach you will fundamentally transform conversations with new and existing customers, close more business, and differentiate from the competition.
Find out how